There is no doubt that Swat is unique in terms of culture, heritage, history and natural beauty. There are many parts of Swat that already attract tourists such as White Palace, Malam Jabba Hills, Kalam, Bahrain, Swat river and many famous lakes. However, there are various facets which have hitherto remained untapped such as development of archeological sites and improvement of infrastructure that can give a much-needed boost to tourism in the valley. The government has already pledged funds to boost tourism in Swat but unfortunately, the coronavirus pandemic has stalled much needed work to develop tourism industry.

The White Palace, built in 1940 by the King of Swat, usually experience a steady influx of tourists especially in summers. However, due to Covid-19 pandemic, the shutdown of hotels has caused a slump in tourism. The White Palace is said to be cut from the same stone as Taj Mahal. It is so splendid that even Queen Elizabeth has stayed in the White Palace for three days. It is said that the king paid special attention toward roof construction. It has many layers which includes; bronze layer, deodar wood layer, lime layer, mud layer, again deodar wood layer and finally top layer of iron. The multilayers of the roof give extra strength and keep the heat at bay. It is pertinent to mention that previously there was a mini-zoo which contained pheasant, partridge, love bird, peacock, monkey etc. However, during the flood of 2010, it was moved to Islamabad. Till this day the mini-zoo has not yet returned to White Palace. The outlook of White Palace has deteriorated and requires much needed maintenance. If the White Palace is refurbished and updated, it will become an even better tourist attraction. The zoo should also be re-established in order to increase overall attraction of the spot.

“Swat has got something more unique in shape of archaeological monuments and history which makes it comparatively more attractive tourist spot in the world. Swat valley offers a unique combination of beautiful landscape with rich cultural heritage and history to the visitors. The excellent combination of all these makes Swat valley different and attractive for international tourism,” said Thomas Kolly, Ambassador of Switzerland to Pakistan.

The Swat Museum is a testament to the rich history and is filled with archaeological pieces dating from 3500 BC to 1100 AD. It is located in Saidu Shareef and is one of the main tourist attraction.

Other than museum, various historical testaments exist in different parts of the valley depicting its rich culture and history. There is an image of the Buddha carved on the rock at Jehanabad which is probably dated to the 7-8th century A.D. A large number of other rock-carvings of comparable workmanship in Swat are dated to the centuries of the 1st millennium A.D. It is quite unfortunate, that a vast number of Buddhist images in ancient Udyana were destroyed by people in their ignorance and there now remains a small number of similar rock carvings which can still be seen. Very few figures have survived in the valley over the centuries. However, it would be prudent to make these carvings into tourist attraction spots by setting up picture booths and other tourist attracting services i.e. shops, eateries, souvenirs centered around these sites of historical significance. For instance, steps leading to the base of Buddha in Jehanabad can be constructed in order to enable people to get more nearer to the site.

There is also a need to conduct more awareness campaign to better inform world regarding the uniqueness of Swat to attract tourists. Not many people know that Swat is where Alexander of Macedonia fought major battles to cross into the plains of Pakistan. It is also not well known that Swat was the cradle of Buddhism where approximately 1400 monasteries flourished. The Great Gandhara School of Sculpture was also located here; imagine the number of artists that would flock to this spot to view a refurnished ancient depiction of the once great institute where an expression of Graeco-Roman expression art was taught in the context of local Buddhist traditions.

Ruins of great Stupas and Buddhist sculptures should be preserved and rehabilitated to attract maximum number of tourists. It would also be helpful to place information boards around various sites explaining their historical significance and background. However, it is not only the archeological and historical sites which need improvement. The true beauty of Swat lies in the natural geography of the region which should also be improved to promote tourism to its full potential.

Madyan is one of the most popular hill stations in Swat due to breath-taking panoramic views and Swat River. It’s pleasant atmosphere and surrounding views make it a priority for tourists. The tourists also enjoy restaurants located near the river where fresh trout is served to the customers.

There are other places such as Bahrain and Malam Jabba which offer similar views and amenities to tourists. However, one of the main issues especially in terms of reaching Malam Jabba is accessibility. Malam Jabba is the largest ski resort in Pakistan known as “The Malam Jabba Ski Resort” which is owned by Pakistan Tourism Development Corporation. It has a ski slope of about 800m with highest point of the slope 2804 m (9200 ft.) above sea level. This Ski Resort came to fruition due to the collaborated efforts of Pakistan Government and Austrian counterpart. This resort is equipped with modern facilities including roller/ice-skating rinks, chair lifts, skiing platforms and snow clearing equipment. However, after the initial equipping and furnishing of the Ski Resort, the facility needs constant maintenance to attract steady flow of tourists.

Bumpy, ill-maintained roads and lack of metal roads are another major factor which frustrate tourists. There are so many breath-taking sites in Swat which are not accessible due to lack of road. A family that may have gone to eat an early lunch at White Palace and then decide to visit Jarogo waterfall in Chatekal Valley of Matta Tehsil, which is about 55 kilometres from Mingora, would be sorely disappointed to discover that there is currently no road that leads to Jarogo Waterfall.

“This is one of the best waterfalls in the world. I have never seen such a big waterfall in this part of the world. I invite all Pakistanis and foreigners to visit this particular place,” said Amjad Ali, a professional trekker and tourist. The water cascading down the waterfall covers more than 120 metres of area and gives the visitors a heavenly experience. Many people aware of this mostly hidden gem have implored the government to make this area more accessible for tourists so that it can be developed into a tourist spot.

Many tourists also urged the Khyber Pakhtunkhwa Government to properly market the tourist site for national and international tourists. Zahid Khan, president of the All Swat Hotel Association, said his district had hundreds of sites worth seeing but lack of interest on part of the government left them unknown to the world.

The important archaeological, religious, and scenic sites of Swat need to be developed to correctly tap into the tourism potential of the region. This will not only bring financial benefits to Swat, but also create job opportunities for locals. Tourism in one region ultimately benefits Pakistan on a national level as well. No doubt the coronavirus pandemic is a setback to the tourism plans of the government, however, tourism industry in Swat needs infrastructural improvement to attract steady flow of international tourists. Swat has immense tourism potential which is unique due to its geographic location and it should definitely be tapped into and taken advantage of. 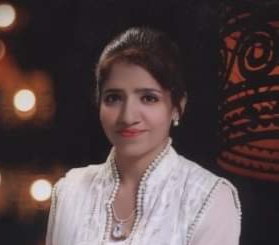