The PCB has announced schedule for domestic season 2021-22

Pakistan Cricket Board has announced the schedule of domestic season 2020-21, this season will consist of ten tournaments in which 266 matches will be played.

The PCB’s domestic season 2020-21 is completely separate from the international matches played in Pakistan, which will hosted in Pakistan, New Zealand, England, West Indies and Australia between September 2021 and March 2022.

The matches of the two-day CCA tournament are not included in the domestic season 2020-21. The two-day CCA tournament started on July 16 and will end on August 22. Ninety City Cricket Associations are participating in the tournament and will avail the opportunity to play. Additional matches have been added for Pathways Cricket next season for which the PCB has allowed six cricket associations to add two teams for the Under-16 and Under-19 teams.

The National Under-13 ODI Cup has also returned to the national circuit after a one-year hiatus due to the Cove 19 epidemic. This single league event will be held in Faisalabad from 8 to 18 February 2022.

Director High Performance, Nadeem Khan says that for the 2020-21 age group cricket season, each cricket association will be allowed to field two U16 and U19 teams so that we can increase the pool of players at the grassroots level which will benefit future players.

Nadeem Khan added that the strategy was in line with the plans of cricket associations, which provide opportunities for the best players from clubs, schools and universities to showcase their talents in national tournaments.

He said that in U-16 and U-19 competitions, the players would be provided the same environment as in senior cricket and this process would help them in their overall development as professional cricketers.

The National T20 Cup features the best short format players in the country and will be held from September 25 to October 13. Eighteen matches of the first round will be played in Multan while the remaining 15 matches will be played in Lahore, including two semi-finals and a final.

Pakistan’s domestic event, the Quaid-e-Azam Trophy, will begin on October 20. The first half of the 10 round singles league will be played in Multan, Faisalabad and Lahore. The event will then move to Karachi, where the five-day final will conclude on December 29.

The 2020-21 season will end with the final of the one-day Pakistan Cup in Lahor on March 30. The tournament, which starts on February 25, will be played on a double league basis. The other two venues of the event will be Faisalabad and Multan.

Nadeem Khan said on the occasion that we are very excited to have a quality cricket season that will not only test the skills, techniques and fitness of professional cricketers but also include selectors and coaches in the national framework will help to identify the best performers.

“This season will be as difficult as last season which will test the players thoroughly but it is exactly what we want,” he added. We want to see that our system produces such tough players mentally and physically that can perform against any team in any situations.

Most of the First XI matches will be digitally broadcasted on national television.

Nadeem Khan said that like last season, the PCB would not only create opportunities for these players but also provide them with standard facilities as well as international standard accommodation and boarding so that they can show their best performances. ۔ We want our domestic system to be strong and valuable.

Tournament schedule, squads and match officials will be appointed according to events. 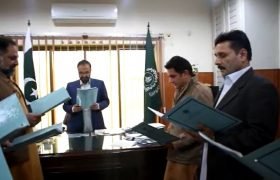 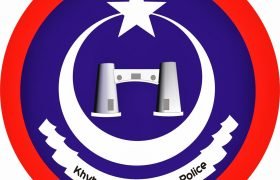