Peace is elusive for Afghan land

On May 12 terrorists dressed in police uniform stormed a maternity hospital in Kabul killing 24 including new born babies, pregnant mothers, mothers undergoing labor and nurses. The horrific attacks shocked everyone because the intended targets are the newborn or yet to born babies and new mothers; unprecedented.

Gunmen were still busy in shooting new mothers and newborns babies at hospital, when a suicide bomber, almost 100 miles away in Nangarhar, massacred dozens of innocent mourners gathered at the funeral of police commander; wounding scores of others.

The shocking terrorists’ attacks also killed – at least for time being- nascent hopes and prospects for peace in Afghanistan created by the historic peace deal between US and Taliban insurgents earlier this year.

Taliban condemned both the attacks, termed them as ‘heinous crimes’ denying any involvement of the militia. However, Afghan government squarely accused the insurgents for having hands in the grisly incidents.

The attacks, particularly, killing of new born babies and mothers at hospital infuriated President Ghani, who in a knee jerk reaction, ordered Afghan forces to go on full ‘offensive mode’ to resume attacks against Taliban.

Ghani blamed the militia for perpetuating violence in Afghanistan, ignoring his repeated calls for ceasefire and end to violence. Afghan security forces were in “active defensive” position since 29 February this year when the US-Taliban signed a peace agreement in Doha Qatar.

“The Taliban have not given up fighting and killing Afghans. Instead, they have increased their attacks on our countrymen and public places,” Ghani said in a televised message the same day.

Afghanistan National Security Adviser Hamdullah Mohib, tweeted “the attacks of the last two months” show that the “Taliban & their sponsors do not and did not intend to pursue peace. If the Taliban cannot control their violence, or their sponsors have now subcontracted their terror to other entities — which was one of our primary concerns from the beginning — then there seems little point in continuing to engage Taliban in ‘peace talks.”

IS-KP took responsibility for the Nangarhar funeral attacks, however, remained silent on the hospital attack thus leading to suspicions between Kabul administration and the Taliban.

Taliban denied involvement in any of the attacks; saying enemies of peace in Afghanistan are sabotaging the full implementation of the historic peace agreement and bringing lasting peace to Afghanistan.

Taliban statements on official website of Islamic Emirate of Afghanistan says; “Today enemies of peace again carried out heinous assaults on a funeral in Nangarhar and hospital in Kabul. There is now an emerging pattern that whenever a steps is taken forward towards peace, enemies of peace simultaneously begin committing crime and Kabul regime –beneficiary of war- immediately pins blames on Mujahedeen even though it is criminal anti-peace Kabul administration that sheltered and continues to shelter terrorists like so called Daesh in Kabul guesthouses after evacuating them to safety from the forces of Islamic Emirate who destroyed their bases and liberated the poor common Afghans.”

US blamed IS-KP for the horrific attacks, saying the group opposed any Taliban peace agreement and sought to trigger an Iraq-style sectarian war in Afghanistan.
“The USG has assessed ISIS-K conducted the horrific attacks on a maternity ward and a funeral earlier this week in Afghanistan. ISIS has demonstrated a pattern for favoring these types of heinous attacks against civilians and is a threat to the Afghan people and to the world,” US peace envoy Zalmi Khalilzad said in tweet.

Khalilzad warned that, “Rather than falling into the ISIS trap and delay peace or create obstacles, Afghans must come together to crush this menace and pursue a historic peace opportunity.”

The peace agreement was signed between US and Taliban on 29 February this year and hailed as a ‘giant step’ in direction of peace and ending longest conflict that has devoured hundreds of thousands of lives till date.

In peace agreement; US agreed to a phased withdrawal of troops and Taliban guaranteed protection of Afghan soil from terror groups. Both announced launching of intra-Afghan negotiations by March 10; while Taliban will observe permanent and comprehensive ceasefire. The agreement proposes release of 5,000 Taliban members from government prisons.

President Ghani himself jeopardized the Afghan-Afghan talks by initially refusing – though later agreed to piecemeal releasing of Taliban prisoners. Taliban refused to be part of intra-Afghan talks and announced commencement of attacks on Afghan forces leading to increase violence.

Former Afghan President Hamid Karzai also warned Dr Ghani’s of any emotional misadventure and sabotaging peace by resorting to offensives against Taliban.
“The people of Afghanistan have long been the victims of war and violence, and have suffered immensely. Rhetoric that promotes conflict and leads to further violence and instability must be avoided. Continued conflict and instability will weaken us further and leave more room for conspiracies,” former president Karzai said on his twitter account.

Pakistan foreign minister Shah Mehmood Qureshi who on February 29, the day peace agreement was signed, expressed his fears and warned US government to be vigilant of ‘spoilers’ of peace.

Qureshi told US Secretary of State Mike Pompeo – at the signing ceremony in Doha – that US must be wary of ‘spoilers’ who could derail the peace process.
“We cannot be in denial about this. There were spoilers; there are spoilers,” Qureshi said, “these spoilers of peace will be “within Afghanistan and outside. So you will all have to keep a close eye on those spoilers.”

There are elements in Afghanistan and some regional players masquerading as promoters of peace bent on defeating peace efforts. They knew peaceful Afghanistan is guarantee for peace and prosperity in the region.

Initially, it was Afghan President Ashraf Ghani who himself created hurdles in implementation of peace deal refusing release of Taliban prisoners, saying his government is not bound to follow as it was signed between Taliban and US.

Ghani also failed to form a team for intra-Afghans talks till date due to differences with his rival Dr Abdullah – who declared himself as president by holding parallel oath taking ceremony- in Kabul.

Ghani seems to be a perpetual loser. The last week hospital attack threw a sort of opportunity to Dr Ashraf Ghani to unite all Afghans against enemies of peace. Instead of announcing full scale offensives against Taliban, he shall have read Pakistan political leadership collective response to the terrorists’ attacks on a Peshawar school.

Pakistan was a long divided house on the issue of militancy and terrorism, when terrorists struck a school in Peshawar ruthlessly killing young kids and their teachers.
The incident triggered unity in the entire Pakistani nation with its political and military leadership coming on the same within hours manufacturing national plan of action against militants and then no looking back.

Ashraf Ghani shall have also taken the hospital attack as ‘opportunity in disguise’ calling on all the Afghans including Taliban to get united on ‘Afghan-formed & Afghan-owned’ plan of action to fight the enemies of newborns kids and new mothers. The opportunity was lost as the president under influence of certain forces resorted to unilateral fight against Taliban.

As part of peace deal, Taliban were responsible to fight ISIS in Afghanistan. However, reports suggested when Taliban attacked IS-KP and their hideouts in areas under the militia control, the terrorists syndicate started shifting to more secure areas – mostly under the control of afghan forces.

Reports also signal to elements in Kabul administration sheltering terrorists like Daesh in Kabul guesthouses after evacuating them to safety from the forces of Islamic Emirate who destroyed their bases. Such elements now are used by anti-peace elements to strike soft targets and cause casualties among the civilians.

Lately, it has been observed that a number of high profile leaders of ISKP have been arrested from guest houses in Kabul.

According to some analysts elements within the Afghan security forces at the behest of Indian intelligence providing shelters and finances IS-KP on Afghan soil against the Pakistan. 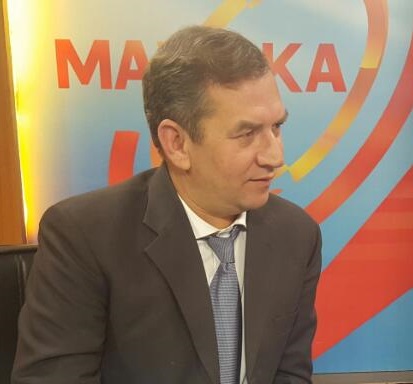 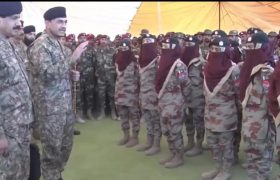 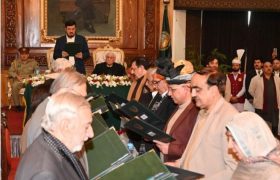 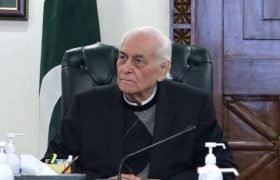