PESHAWAR: High-pitched slogans and desk thumping have become hallmark of the Khyber Pakhtunkhwa Assembly as uproar rocked the proceedings of the house on fifth working day on Tuesday.

Opposition members continued desk thumping and whistling in the house.

Speaker Mushtaq Ahmad Ghani, who presided over the sitting, paid no regard to commotion and quickly wrapped up agenda comprising three important bills, questions and calling attention notices.

The bills were passed without debate. The sitting began one hour and 20 minutesbeyond the schedule time of 2pm.

Before adjourning the sitting till Monday next, Speaker Mushtaq Ghani directed the government to negotiate with opposition to end the protest. He urged opposition to end protest and participate in the assembly`s business.

Opposition has been protesting against speaker since Monday last apparently over delay in requisitioning the assembly`s session. Leader of Opposition Akram Durrani had alleged that government was dictating speaker and he (Ghani) intentionally summoned session very late.

A senior member of the opposition said that fund allocation for development schemes was the bone of contention.

`Delay in convening the session is just an excuse. The real issue is allocation of funds,` he added.

He said that government and opposidonhadreached an understandingunder which the latter would receive 35 per centof the funds allocated in the Annual Development Programme. He alleged that Chief Minister Mahmood Khan had backed out of his commitment.

Talking to media, Awami National Party MPA Sardar Hussain Babak said that opposition would continue protest in the assembly unless the government accepted its demands.

He said that the assembly had been in disorder for the last five working days, but chief ministerwasindifferenttowardsthe situation.

`This is the most immature government in the history of the province,` he said, adding that Speaker Mushtaq Ghani also violated his oath. He said that opposition was ready to resolve allissues through dialogue.

The assembly passed the Kaghan Development Authority Bill, 2020. The bill is aimed at giving autonomy to the authority for better management and development of picturesque Kaghan valley and adjacent areas of Mansehra district besides giving due representation to private sector in the body for achieving and maintaining high performance standards in the preparation and execution of schemes in the area. Under the new law, the authority will consist of 11 members to be appointed and notified by the government.

The authority will have six members from private sector, one of whom will be from tourism sector, with no conflict of interests. 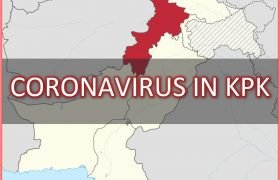