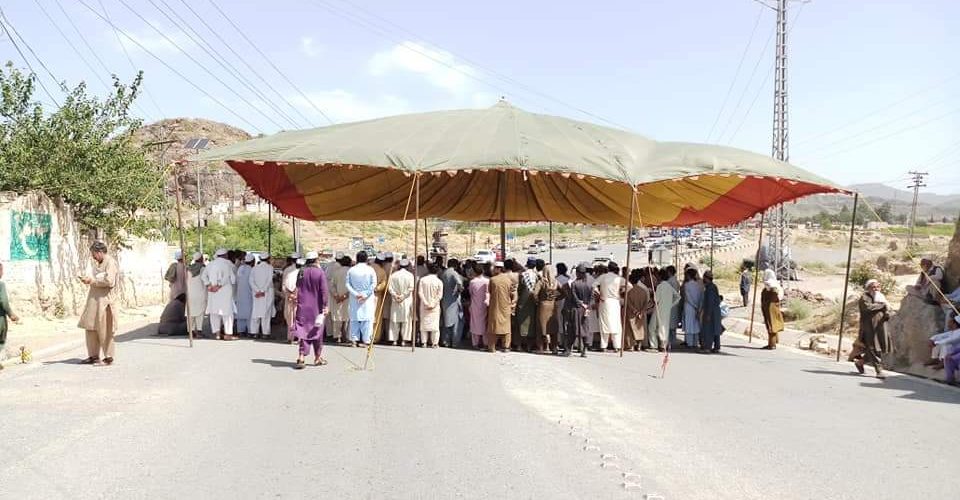 A bomb blast at Shafiq Afridi’s house in Tatara area of ​​Khyber Landikotal district has killed five people and injured five others. Local leaders and political leaders have set up tents as a protest on the Pak-Afghan highway. Local and political leaders on the occasion of protest sit-in said that the government should investigate the blast at Shafiq Afridi’s house, provide justice to the affected family and give martyr package to the families of five martyrs.