KP Women excelling in Martial Arts against the odds

The female athletes from Khyber Pakhtunkhwa (KP) province of Pakistan are gaining recognition in sports despite many challenges they face when it comes to overcoming rigid gender norms, patriarchal society and a lack of access to training facilities.

The fact cannot be denied that KP and especially its southern districts bordering the newly formed tribal districts are considered conservative rarely allowing women to get education or participate extra-curricular activities. 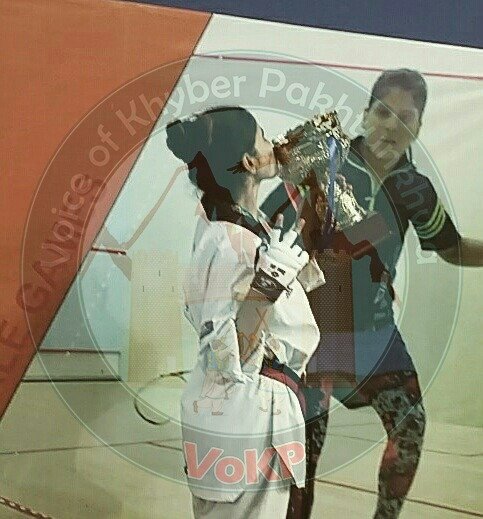 Still some women have set an example for the others by accepting the social challenges and adopting sports as their career and profession.

Mubashara Sana 24, a first ever Taekwondo player from Dera Ismail Khan district of KP is one of few brave girls who has accepted the challenges of the patriarchal society and pursuing her career as a professional Taekwondo player. While talking to Voice of KP, Mubashara Sana said that despite having her family’s full support, she still faced many challenges that prevented her from fully realising her potential. 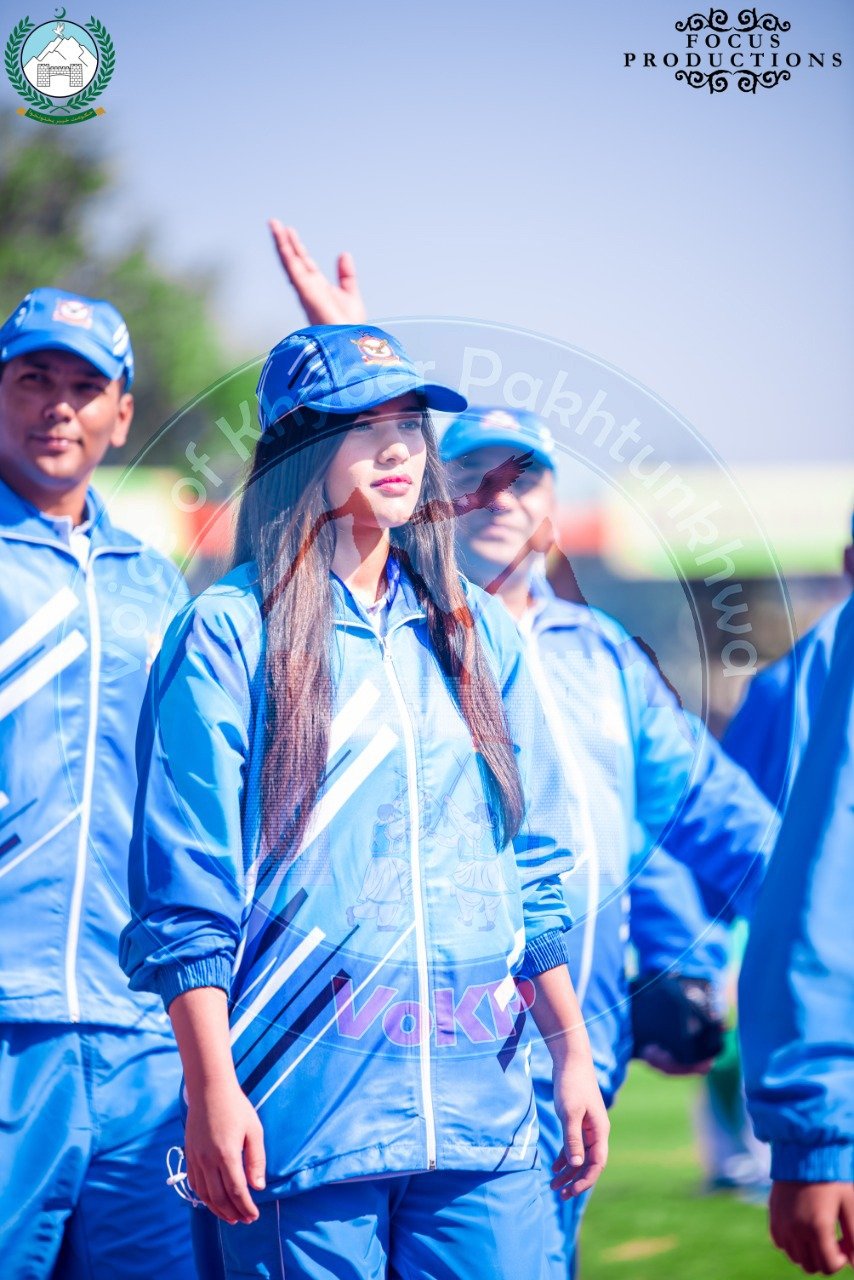 “The major challenge that I faced Taekwondo was not being able to access many facilities as there are no academies and coaches in D-I-Khan to train me,” she told VoKP.

Mubashara said that she started Taekwondo back in 2018 and have played at national, provincial and district level, “I have won gold medal on district level, bronze on provincial level and silver on National level in games held in 2019”, she said.

About her career, Mubashara Sana said that school and college level, she played table tennis player and have won many medals in table tennis as well. She told VoKp that in 2017 she participated in under-23 games as a table tennis player, “but the coaches there suggested me to go for Judo as my physique was strong enough to perform and after a short training of one night I won medal as a Judo player in the under 23 games”, she added.

“After winning a medal in Judo, I decided to go for Martial Art (Taekwondo) as I thought that I am strong enough to be a Taekwondo player,” she said. “But my family clearly refused to let me join the Taekwondo academy in D-I-Khan as they thought it is the game of males and females are not supposed to adopt Taekwondo as a career in this society,” Mubashara explained. She said that she finally convinced her family and started proper training in an academy.

About her training, she said that firstly, she had no training facility in her city and she used to play in her home with her sister, saying that in the middle she had joined an academy where she along with her sister got training from a male trainer. “Training was not a challenge for me because I was doing it with passion, but the taunts of the people in public transport I used for going to academy was a big challenge,” she said. “I accepted these challenges and achieved my goals I was dreaming for,” she added. 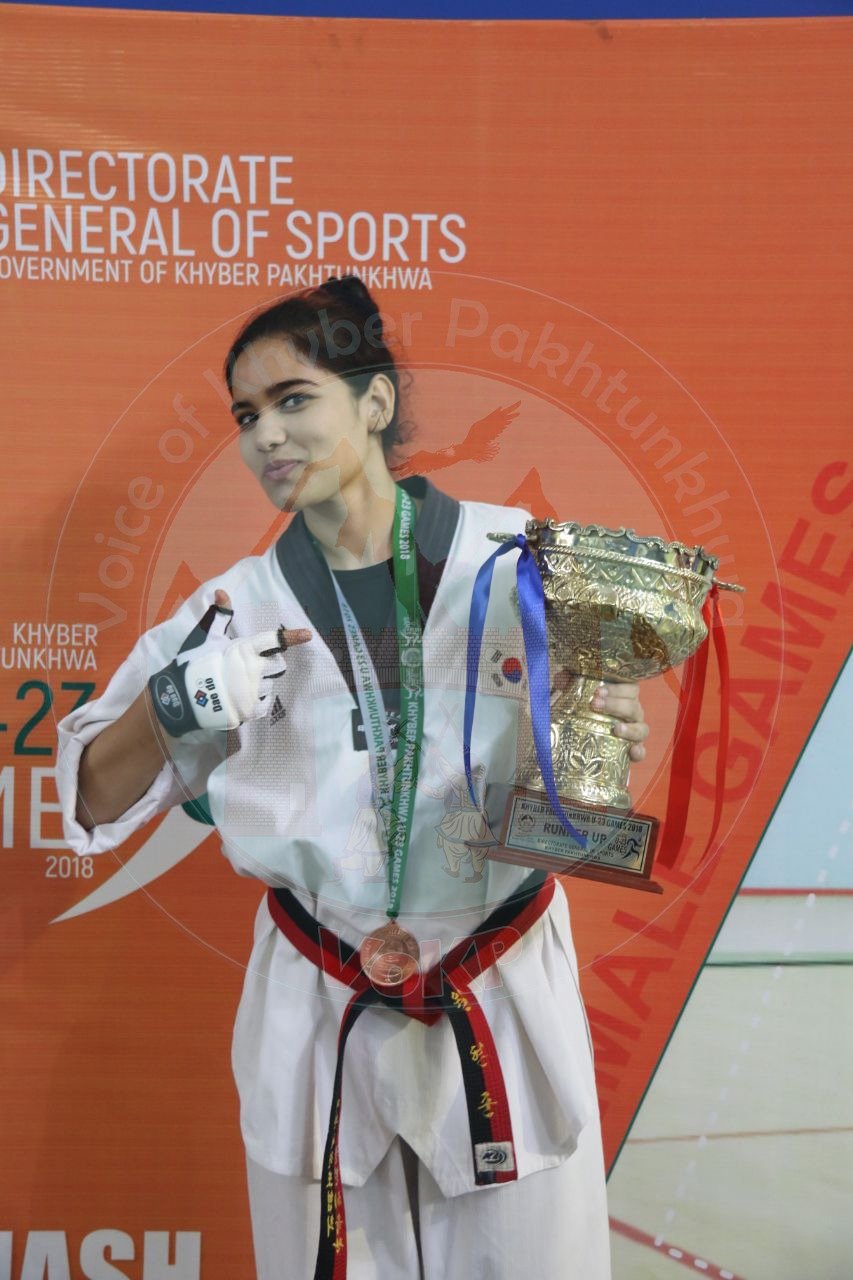 Mubashara reminded that when her father came to know about the attitude of the people towards her due to her profession, her father asked her to abandon the game and get married as nothing was valued above honour and dignity of family, she said.

“I despite strict restrictions from my family once again convinced my father and took part in national games by representing my academy and won medals for the academy as well,” Mubashara said. Mubashara stated that she during her training with Pakistan Air Force many unknown people in her village sent threatening letters to her home asking her to stop Taekwondo otherwise they will kill her only brother.

Mubashara lamented that once again her father asked her to stop going for training, “But once again I convinced my father and kept fighting in the Air Force Academy and won silver medal for the academy,” she explained.

Mubashara concluded that she is married now and having a son but her husband is supportive and stands by her passion for this game.

She said it support from her husband that doing regular training and is committed to win medal once again and silence her critiques through her performance.